The 22@Barcelona urban district is part of the Poblenou neighborhood. It is devoted to new technologies, and totally bans businesses which contaminate the environment. It is a radical change from the 19 century when this area was home of the textile industry, one of the biggest polluters of its time. This building can be found in the neighborhood of El Parc i la Llacuna del Poblenou. 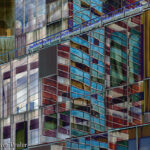 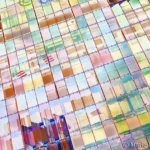 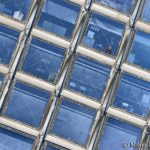